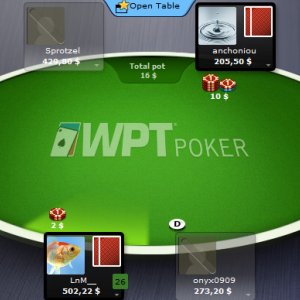 According to a press release sent out on Friday by bwin.party, WPTPoker.com, a site on the PartyPoker network branded to the World Poker Tour, will shut down on June 3. Officials cited an “ongoing company strategy” as the reason for the closure, adding, “bwin.party has made the decision to focus our online poker efforts entirely on our lead brands: PartyPoker and bwin Poker.”

Players will still be able to log into their WPTPoker.com accounts and request withdrawals for three months after June 3. The maximum withdrawal limit will be lifted between now and June 3; however, standard withdrawal fees will continue to apply.

If you have tournament dollars and tournament tickets, these will be refunded to you. Tournament entries with no cash value will not be refunded, however. As the press release added, “If player qualifies for live events before the website’s closure, his invitation remains valid.”

There are no plans to re-open WPT Poker and balances cannot be moved to PartyPoker.

The WPT Poker skin was launched in 2009 after PartyPoker’s acquisition of the World Poker Tour.