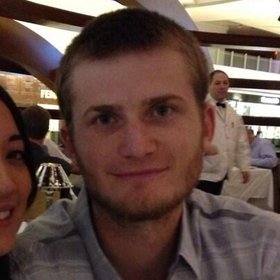 “Got 6th after a brutal beat or two. Cashed for $87k or so.” That was a Tweet from Dan WretchyMartin (pictured), who cashed for $87,000 after taking sixth place in Event #28 of the 2013 World Series of Poker, a $1,500 No Limit Hold’em tournament. He added that while he was disappointed with the result, he appreciated all of the love from the community: “Infinite thanks to all the support out there guys, much love to you all.”

BetVictor Pokerhas been at the forefront of online poker since 2002. From monthly Free Play Leagues and SNG leaderboards to Money Added VIP Tournaments and up to 30% Cash Back – to mention but a few promotions – BetVictor Poker ticks all the right boxes. Click hereto visit BetVictor Poker.

Event #28 marked Martin’s first WSOP final table. He started it off by casting Daniel Bishopaway in eighth place after Bishop 3bet all-in before the flop with Q-J. Martin made the call with K-6 and the board ran out A-A-4-3-6, giving him aces-up for the win and the fourth largest stack out of the seven players remaining.

However, Martin was ultimately crippled on the 68th hand of final table play after 5betting all-in before the flop with Q-Q. Masayuki Nagata called all-in with J-J and immediately hit a jack on the flop to take the lead. Martin picked up a flush draw on the turn, but whiffed on the river and was sunk.

Five hands later, Martin open-shoved all-in with A-5, but ran into Jason Duval‘s A-8. Duval hit an eight on the flop and never looked back, eliminating Martin in sixth place for $87,000.

Martin received complimentary Tweets from around the poker world, with PocketFiver Jared TheWacoKiddHamby commenting, “@Wretchy sick run, gross beat. feel awful for you. you will be back tho, chin up #boss.” Bryan Iknewwwit Leskowitz added, “Siiigh GGs boys @Wretchy @poochpoker. Get em next time. Nice run.”

Here is how the final nine cashed out in Event #28:

In other WSOP news, PocketFiver Dimitar bipbipppYosifov leads the way in Event #30, a $1,000 No Limit Hold’em tournament. He has a commanding chip lead with a baker’s dozen players left with a stack of 1.15 million. Second place belongs to Carter Myers, who has 818,000 in chips, and a top prize of $346,000 is on the line. The final 13 are as follows:

When the action paused on Monday, the blinds were at 6,000-12,000 with an ante of 2,000. Stay tuned to PocketFives for the latest WSOP coverageof online poker players, sponsored by BetVictor.