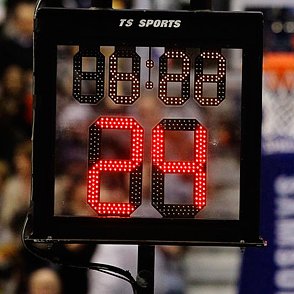 Last week, PocketFives published an article about players on the World Poker Tour voting 80-20 in favor of a shot clockfor decisions. The overwhelmingly slanted vote resulted in WPT ambassador Mike Sexton remarking, “I’m guessing/hoping you’ll see some type of ‘shot clock’ incorporated by the WPT for Season XIII.” The momentum for a shot clock has now spilled over to the World Series of Poker, whose Circuit may experiment with it this year.

WSOP Executive Director Ty Stewart told PocketFives in an exclusive statement when asked about the prospects of a clock coming to the series, “We are watching it closely. We agree with trying to encourage ‘fast play’ and may experiment with a clock on the Circuit this year where there are smaller fields. I have observed mixed results to date on both the operation of it and the field sizes for such events.”

The WSOP Circuit’s final event of the season is in May at Harrah’s New Orleans. Then, it’ll likely pause until August while the Summer Series runs in Las Vegas. While having a shot clock could help speed up play and make recreational players less vulnerable to the pro “stare-down,” Stewart admitted that implementing additional rules isn’t always in the best interests of the game. 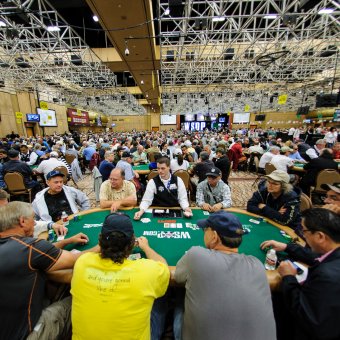 To that end, the WSOP Executive Director explained, “Generally, we want the WSOP to be a fun, welcoming environment. We have very high percentages of recreational players, speaking dozens of languages, who have never played under a shot clock. We’re under the mentality that more penalties and more dead hands are bad. We are not going to rush to change anything until we see how people react to it.”

Thus, it appears that WSOP officials will closely monitor what happens when and if the WPT implements a shot clock before making a decision. Remember, the WSOP in Las Vegas utilizes hundreds of poker tables spread out across multiple rooms at the Rio. Thus, logistically a shot clock could be fairly difficult to implement and enforce.

One other source close to a major poker tour told PocketFives that implementing a shot clock could mean that each player will take the maximum allotted time to act on every decision, thus potentially slowing down play overall, even while eliminating the drawn-out five- and ten-minute tanks.

What do you think? Should the WSOP and/or WSOP Circuit introduce a shot clock? Let us know by commenting here or posting in this forum thread.