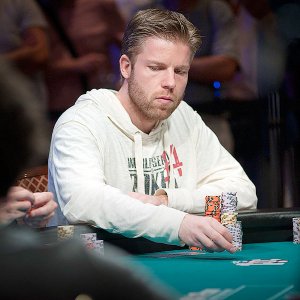 Who are you rooting for? The 2014 World Series of Poker Main Event restarts at 8:30pm Eastern Time from the Penn and Teller Theater in Las Vegas, with the rest of the world able to catch the action on a 30-minute delay starting at 9:00pm Eastern Time on ESPN and other outlets. Jorryt Van Hoof(pictured) will be your chip leader when play resumes at 89.6 million. Following him are Martin Jacobsonand Felix Stephensen.

Former Main Event winner Greg Merson seemed to be rooting for all three of the survivors, Tweeting on Tuesday morning, “All 3 of these guys would make a deserving champ. Excited to welcome one of them to the fraternity.” Bruce Buffer will give the ceremonial “Shuffle up and deal” command to start three-handed play. We’d expect that crowd seats will be much easier to come by on Tuesday than on Monday, when only 200 seats were initially available for the general public.

Dylan Pokerl)evil Hortin was among those watching on Monday night and posted on Twitter, “I’m sufficiently tired, very confident Jacobson wins this tomorrow/tonight. I think the 3 best players at the ft are 3-handed. Gnight!” Hortin added, “Officially a Martin Jacobson fan, his table presence, poise, and completely unemotional/accurate decision making are something to strive for.”

Jacobson was a popular choice among the poker community. PocketFiver Sam TheSquid Grafton posted on Twitter, “Let’s go @Martin_Jacobson. What an unbelievable boss that man is.” Just to recap, here are the chip stacks of the three remaining players: 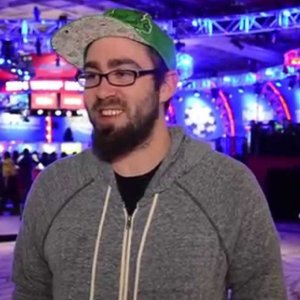 One of the toughest eliminations of the night apparently belonged to New Jersey’s William Tonking, who finished in fourth place after rising up the chip counts early on in the evening. ESPN’s Andrew Feldman said on Twitter, “Tonking elimination interview was a tough one. He wanted no part of it for obvious reasons and walked away into the arms of 100s of friends.”

David “ODB” Baker was among those watching the action unfold from the Penn and Teller Theater at the Rio and singled out Billy Pappas (pictured), a foosball champion whose unique look and infectious positivity shined throughout the Main Event: “Pappas definitely one of the big winners tonight. Came off fantastic on TV. Would have been a great ambassador.”

Who are you rooting for tonight? Leave a comment here and let us know!