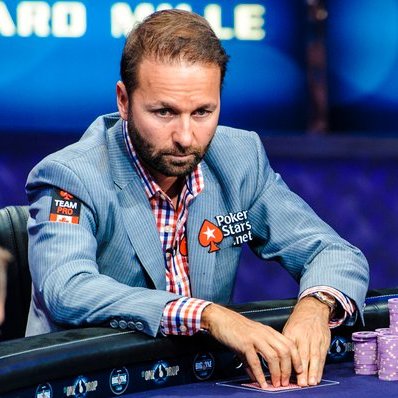 The last new, prepackaged episodes of the 2015 World Series of Poker Main Event aired on Sunday night on ESPN against some pretty stiff competition: the Kansas City Royals’ Game 5 World Series win on Fox and a battle of 6-0 NFL teams between Green Bay and Denver on NBC. Nevertheless, PocketFives caught the action for an hour starting at 9:00pm ET.

It was still Day 7 of the Main Event, the final day of action in July. The hour began with Justin Schwartzbusting out in a set-over-set situation. Then, Joseph dude904McKeehen, who had kings, bet 2 million on the river of a 10-J-4-6-4 board after betting the turn and checking the flop. Daniel Negreanu (pictured), who had Q-J for top pair, said, “You got it” upon flipping over his hand and shed two-thirds of his stack.

ESPN poker commentator Lon McEachern said McKeehen was “running hotter than the sun.” McKeehen was in the top four of the start-of-day chip counts on Days 4, 5, and 7 of the Main Event. After the hand against Negreanu, he was in second place with 13 left. 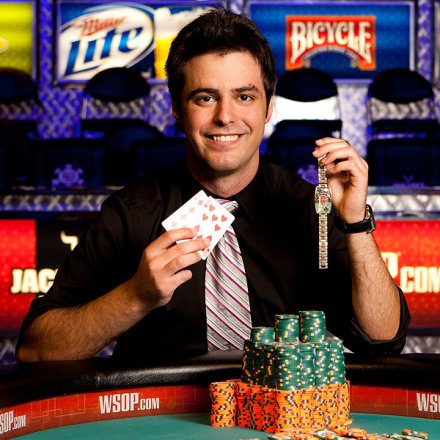 Negreanu later doubled through McKeehen much to the delight of the crowd. Then, a segment about Max Steinberg(pictured) aired in which he preached his passion for daily fantasy sports. Steinberg explained, “It’s sort of like a poker tournament in a sense that you have a bunch of players putting up the buy-in and then whoever does the best gets the money.” Steinberg won his way into the Main Event via a satellite on DraftKings.

Patrick Chan4bet all-in before the flop with A-Q of hearts and turned a flush to double up through Pierre Neuville, the oldest player left in the field. Also doubling was Federico Butteroni, who committed his chips with 8-7 on a board of K-7-8-4. Fellow European Alexander Turyansky insta-called with A-8 and Butteroni’s hand held. Watching the play, Norman Chad asked, “An insta-call with that hand?”

Matt Guan ran queens into aces to bust out in 13th. McKeehen, who didn’t deliver the knockout blow but was seated at the same table, told Guan, “You played insanely well all those days.”

To close out the hour we caught, Zvi Sternraised to 675,000 before the flop with 10-8 of spades, George McDonald re-raised to 2.2 million with queens, and Stern bluff-shoved for 12.1 million. McDonald called all-in and tragically lost to a turned flush. A couple of days earlier, Stern had similarly cracked aces with 8-7 of spades and continued running hot.

The November Nine resumes this Sunday, November 8 starting at 8:30pm ET. The action will be “live” on a 30-minute delay from Las Vegas and beamed around the US on ESPN. Coverage will continue on Monday at 8:00pm ET and Tuesday at 9:30pm ET.