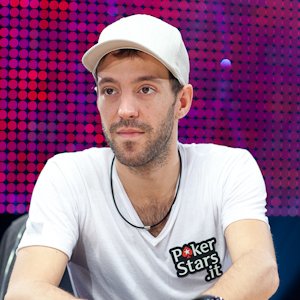 Yorane Kerignard, who entered Day 6 of the 2014 World Series of Poker Main Event with 1.75 million chips, had built quite a name for himself on the global poker circuit. He has played virtually every major circuit, including the European Poker Tour, the World Poker Tour, and the WSOP, since 2009, building a resume that spanned 20 cashes at the time of his Main Event run in 2014.

The EPT has been the spot where Kerignard has made arguably his greatest impact. In 2010, Kerignard finished in fourth place at an event at EPT Copenhagen, his third career cash and one that earned him a $192,234 payday.

At EPT Deauville in 2012, Kerignard earned his career best cash when he finished fourth in that Main Event for a $341,939 score. He would follow that up later in the year by winning WPT Malta, taking home $155,049 in the process. Kerignard would add two more WSOP cashes in 2013 and, as of the time the 2014 Main Event started, was a “poker millionaire” with $1.063 million in career earnings.

To start Day 7 of the 2014 WSOP Main Event, Kerignard was in 24th place out of 27 remaining players. He dropped a pot worth one million in chips late on Day 6 at the hands of Norway poker player Felix Stephensen. On a board of 10-2-A-Q-4, Stephensen pushed out a bet of 1.1 million and Kerignard tanked for two minutes before folding.

A few hands prior, Kerignard won a pot off Stephensen and poker pro Eddy Sabat after making two pair. Needless to say, it was an up and down Day 7 for Kerignard. He ultimately exited the 2014 WSOP Main Event in 23rd place for $286,000.