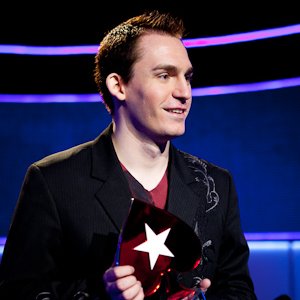 We are down to the final six players in the $10 million guaranteed Seminole Hard Rock Poker Open in Hollywood, Florida. The tournament, which started with over 2,300 entries, will award $1.7 million to first place and the top two finishers will take home seven-figure paydays. Two longtime PocketFivers cracked the finale, which will begin at Noon Eastern Time on Wednesday.

Justin ZeeJustinBonomo (pictured) sent Derrick Cutler to the rail in eighth place. Cutler moved all-in on a flop of Q-3-2 with Q-J, while Bonomo made the call and had him dominated with A-Q. A running 5-10 sent Culter away and Bonomo made the six-handed final table in second place behind fellow PocketFiver Blair blur5f6 Hinkle. Bonomo will come stacked to Wednesday’s finale with a healthy 123 big blinds.

Bonomo Tweeted to his fans, “TY so much for all the GL tweets. Let’s hope the luck can continue for 1 more day! As always, I truly appreciate the support!” Bonomo was in for over $25,000 in this tournament, meaning he needed a 63rd place in order to break even. 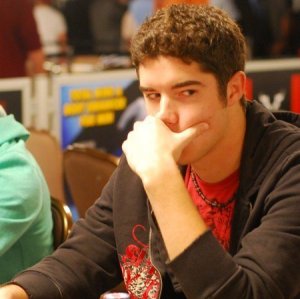 Bonomo is already assured of his third six-figure score of 2013. In January, he finished third in a $5,000 No Limit Hold’em event during the PokerStars Caribbean Adventure in the Bahamas for $218,000. In June, he made the semifinals of a $10,000 No Limit Hold’em Heads-Up event at the World Series of Poker for $110,000.

Trimming the table from nine players to eight was Hinkle(pictured). After Griffin Arnold moved all-in, Hinkle re-shoved. After the rest of the table folded, the cards were revealed, Arnold showing J-10 and Hinkle tabling A-K. The board came A-J-6-K-4 and Hinkle scooped the pot with aces-up. Hinkle is the chip leader entering the six-handed conclusion with 152 big blinds.

Hinkle has a WSOP bracelet and two WSOP Circuit rings. His largest live cash to date, over $500,000, came in 2008 after his bracelet win in a $2,000 No Limit Hold’em tournament. Here’s how the Seminole Hard Rock Poker Open field stacks up entering the final table:

The prizes at stake are as follows: