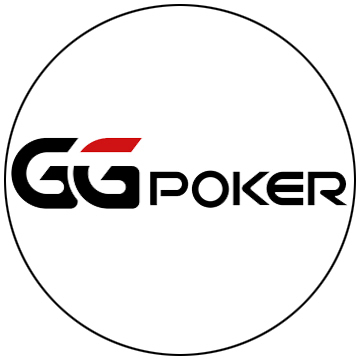 NO CODE NEEDED!
GET STARTED

GGPoker is the flagship online poker room for the GG Network, which has been in operation since 2014 when it launched across Asia. Despite not being as well-known as more established brands such as PokerStars, partypoker, and 888poker to many western players, the GGNetwork has risen to become a major player in the online scene and is one of the two most popular online poker rooms in the world. The GGPoker software is supported across a range of languages, such as English, Chinese, Japanese, Russian, Spanish, Portuguese, German and French to name just a few.

With a colorful poker client dedicated to bringing a fun element to the game, aligned with a highly competitive team of sponsored players and aspiring team members, GGPoker has a strong player base. After hosting the 2020 World Series of Poker Online, GGPoker continues to have an industry-leading tournament schedule complimented by promotions designed to attract players at various stages of their poker journey, from the hopeful newbie to the experienced professional.

GGPoker offers cash games and tournaments in No Limit Hold’em and Pot Limit Omaha as well as All-In or Fold and Rush & Cash (more on those less-familiar formats later).

You can sign up to GGPoker right here, and enjoy a wide range of games to suit your bankroll. Why not join in the action and see what it’s like for yourself?

GGPoker’s 100% Welcome Bonus gives players the opportunity to double your first deposit after signing up. After depositing, the welcome bonus is released in $5 increments – to a maximum of $600 – as you work your way through cash games, sit-n-gos, and multi table tournaments on the site.

Players can also choose a $100 rewards bonus. Simply deposit a minimum of $20 and you’ll receive $40 in Spin & Gold tickets spread out over the first six days. Players can earn an additional $60 in rewards by playing a set number of All in or Fold hands during those six days.

Players can sign up to GGPoker and download their poker client across all the most popular poker platforms on computer and mobile. Begin your GGPoker experience right here!

How to Claim the Bonus

This 100% bonus is valid for up to $600 and is released in $5 increments. You’ve got 90 days from your first deposit of the three in which to grab that bonus cash.

Get started playing on GGPoker by signing up and making your first deposit right here!

Downloading GGPoker is incredibly quick and easy to do, in fact, if our own user experience is anything to go by, it’s the quickest out there. Not only is it very simple to negotiate the usual downloading and sign-up process, but there are also languages to choose from and navigational paths that are all very well explained. If we were showing a first-time player about poker, this is the site we’d want to be doing it on.

Not only is the GGPoker web client easy to download on Windows and MacOS, but the Android and iOS versions are lightning fast too. It’s no exaggeration to say that GGPoker is very much designed for the ‘one-hand’ player who enjoys multi-tabling with a single thumb while they travel or socialize.

As we’ve mentioned, there are no external HUDs allowed, but the in-house poker tracker called PokerCraft is dedicated to helping you improve your game despite the prohibition of third-party tools and is extensive enough to help players of any level up to the professional ranks.

Not only can you play on GGPoker, but you can also stake other players via the client, as well as selling your own action. This is very nicely presented, with slick graphics and an easy-to-understand model providing a nice way of spreading the variance if you and your friend(s) are tackling some tournaments in the same session. Very cool.

GGPoker can lay claim to being one of the ‘Big 5’ of online poker sites, with the numbers to back it up. There’s a healthy overall number of players on the site, and while this doesn’t currently include American players, the cash games and tournaments are busy enough to justify hope of continued growth once American players are able to use the site.

With a current seven-day average of 1,450 players on-site and a 24-hour peak during that period of 2,125, there’s very little spiking on GGPoker – you can rely on there being a good number of players online, even if the traffic isn’t eye-watering. With the expanded market across much of Asia, several time-zones are busy, and there are few ‘drop-off’ periods, which is backed up by the peak and average numbers being so close.

While traffic may only be considered ‘very good’ right now, continued growth will lead to this improving, and the tournaments and bonuses, in particular, are likely to keep encouraging new players who do sign up to return.

If you are looking for a game, GGPoker has it for you. Of course, there are plenty of No Limit Hold’em (tournaments, cash games, and Sit & Go’s) and Pot Limit Omaha to go around. But they are also one of the few places where you can sit in a 6+ Short Deck game. They also have their own version of fast fold poker called Rush & Cash.

Cash games run 24 hours a day, 7 days a week on GGPoker, with Hold’em and Omaha games available. With a typical range of blinds being $0.05/$0.10 up to $10/20, a large range of different bankrolls are catered for very well.

While there aren’t amazing numbers of players tackling each particular blind limits on offer, there’s enough to interest anyone, with a series of promotions appealing to those who are dedicated to climbing up the ranks.

Blade tournaments are for higher rollers, with $10,000,000 guaranteed every single month on GGPoker. From $150 tournaments that run every day to weekly events like the $10,000 Sunday Major, Blade is a great part of any high roller’s online schedule.

Bounty Hunter tournaments are fairly self-explanatory, with a bounty on each player’s head part of the prize pool on offer, however, on Sunday, these bounties are doubled in value, adding to the value of headhunting your way through a field on the busiest day of the week. Have no fear and get scalping!

Rush Cash is GGPoker’s equivalent of the ‘Zoom’ or ‘Fast Forward’ version of No Limit Hold’em, where players no longer have to wait around for the end of the hand to finish if they’re not in the pot. Clicking the ‘Rush’ button gives you your next chance to make cash as you’re randomly seated at a new table and instantly thrown into the action. The variant is excitement-based, and quick thrills are guaranteed in this format that is not for the feint-hearted but equally appeals to players who want to play poker without waiting around too much.

All-In or Fold is an even quicker format as you begin with just eight big blinds and have the option of either folding your cards or putting all your chips in the middle… every single hand. This one is very much a game that is exclusive to GGPoker and is a fast, simple way to gamble on poker and experience the thrill of winning a big all-in throughout the tournament.

As if the game itself wasn’t exciting enough, every time you’re all-in, you have the opportunity to win an instant cash prize in the All-In or Fold jackpot promotion.

GGPoker’s rewards program is called ‘Fish Buffet’ and unlike some of the other reward programs where they provide you with tournament tickets or other perks – the Fish Buffet is about putting cash back into your account.

The more you play the more Fish Buffet Points you earn. There’s 25 levels to unlock, from the Plankton Level, where you earn between $0.50 – $1.50 back to the Shark level where players can earn up to $1,000 cash back.

Once you unlock a level, you’ll get to spin a wheel to determine how much cash back you get. Collected rewards are put right back into your account and any unopened wheels are automatically spun for you in 90 days and the cash credited so there’s never any unused bonus money.

GGPoker is known for their slate of high-stakes tournaments with huge guarantees but the tournament that really brings in the players is the weekly GGMasters – the $150 buy-in, freezeout tournament with a $300,000 guarantee that promises players the opportunity to turn a modest buy-in into a bankroll boosting mid-five figure score.

The GGMasters is quickly becoming one of the must-play tournaments on the Sunday schedule. Players who post results in the GGMasters get points on the GGMasters leaderboard with the winner at the end of the year earning a GGPoker sponsorship worth up to $500,000.

There are a number of ways you can get in touch with GGPoker, with their Twitch channels all accommodating to community chat, and leading to their Discord, which is the fastest way of getting in touch. You can of course email and live help is available via the main website of www.ggpoker.com, which is easily searchable for many of the common problems new players might face.

Although GGPoker boasts some of the biggest names in poker as their ambassadors, including Daniel Negreanu, Bryn Kenney and Felipe Ramos, the brand has yet to branch out into the live arena.

That being said, you can be sure to see these pros as well as their team of GGStreamers sporting a patch in any live event they take a seat in.

GGPoker is a busy community of poker players and after having only been in operation for five years, have grown organically to enjoy a diverse and thriving player base across the world.

With some neat, unique features such as their own in-house poker player tracker yet no external HUDs, GGPoker is certainly attempting to grow purely from the player experience, and offer a reliable, comfortable lobby, table, and customer service set-up. Where GGPoker steps apart from many of its competitors is the large number of promotions available within the lobby of the client.

GGPoker makes no bones about entertaining you with flashing lights and neat graphics that are more akin to a casino brand than a poker site. But behind those lights and colors are some really innovative ideas that appeal to the recreational player and could see GGPoker grow past its closest rivals.

Poker is highly enjoyable on GGPoker, and there are numerous rewards on offer to players who target themselves with achievable goals on a site that makes it great fun to play the game.