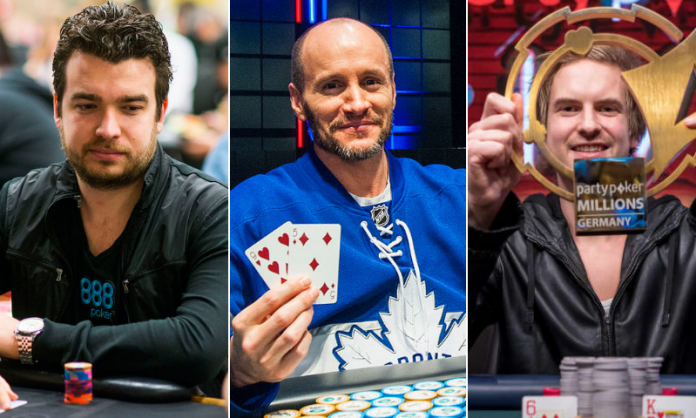 February may seem like forever ago, but it wasn’t too long ago that the second month of 2018 saw the names of Chris ‘moorman1’ Moorman, Mike ‘goleafsgoeh’ Leah, and Viktor ‘isildur1’ Blom capture the headlines. Below are PocketFives’ top five stories from February 2018, plus a look back at the February’s Monthly PLB winner.

Moorman then went on to win two more in 2018 and bring his industry-leading total to 29.

The poker world was treated to the first-ever U.S. Poker Open in February 2018. The eight-tournament high-roller series took place at ARIA Resort & Casino in Las Vegas with buy-ins ranging from $10,000 to $50,000. An elite group of poker’s best were in competition across the eight events, including Daniel Negreanu, Phil Hellmuth, Justin Bonomo, Dan Smith, and Jason Koon.

The World Poker Tour once again made its seasonal stop at Fallsview Casino Resort in Niagara Falls, Ontario, Canada, back in February. With it came a record-breaking field of 517 entries for the event and a final table that included one staunch Canadian grinder, Mike ‘goleafsgoeh’ Leah, looking for his first WPT title.

Leah entered the final day of play ranked third in chips among the remaining 20 players. From there, he went on to claim victory and his first World Poker Tour title worth C$451,821 ($359,001).

If 2018 was the year of anything, it’s likely the year of partypoker. The online poker giant’s live tournament offering, partypokerLIVE, delivered enormous prize pool upon enormous prize pool all across the globe, including February’s partypoker MILLIONS Germany in Rozvadov. That’s where Viktor ‘isildur1’ Blom grabbed the title worth €1 million, but not without having to overcome a greater than 6-to-1 chip deficit during heads-up play against Pavel Plesuv.

Speaking of Rozvadov, King’s Casino owner Leon Tsoukernik was back in the headlines in February with another episode involving his dispute with high-stakes poker pro “Aussie” Matt Kirk.

Three months prior, in November, Tsoukernik filed a counterclaim for $10 million in damages. That was followed by Kirk’s lawyers filing a motion to dismiss. At the end of February 2018, a Las Vegas judge dismissed Tsoukernik’s counterclaim it what appears to have ended a highly publicized legal tug o’ war.