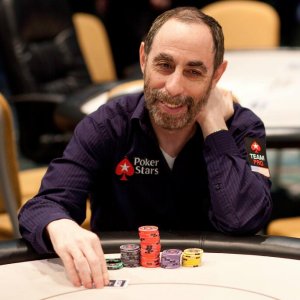 While poker Hall of Famer Barry Greenstein (pictured) may be well-known today, the three-time bracelet winner was an unknown entity during his first forays into the Las Vegas poker scene in the 1990s. In an interview with PokerNews, Greenstein revealed how he got his start in poker and how he banked double the $2.5 million won by Chris Moneymaker in the 2003 WSOP Main Event.

While working toward a PhD in mathematics, Greenstein could often be found not editing his thesis, but rather playing marathon sessions at the poker tables. After explaining to his academic advisor that he was making far more money gambling than what he could make as a professor, Greenstein decided to abandon his nearly complete thesis and focus on poker.

Also an avid bridge player, the 60-year-old met his wife during a bridge tournament and later applied to adopt her three children. Greenstein knew the judge would not look favorably on his status as a professional gambler, so he decided to take a job in Silicon Valley with Symantec and worked on what would become a popular word processing application.

Greenstein toiled at the successful startup for seven years, all the while honing his skills in Lowball and Texas Hold’em. While games in Las Vegas seemed juicy, the future Hall of Famer was wary to risk his bankroll there, as some of the regulars had a reputation for cheating. It was his wife, also poker player, who convinced him to quit his job and play full-time.

In his first appearance at the WSOP Main Event, Greenstein shared a table with well-known players like Dewey Tomko, TJ Cloutier, and Johnny Chan. Greenstein, however, was virtually unknown and used his anonymity to his advantage. He recalled how a Scottish bookie had offered 50-1 odds that Greenstein would win the tournament that year. 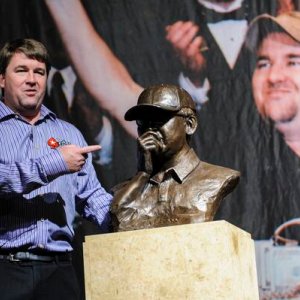 “All the cash game players who knew me bet on me because the odds were so good,” he said. “And [the bookie] came up to me and said, ‘I just wanted to meet you. All the big cash game players bet on you to win this and if you win, I’m gonna go broke.'”

After banking millions in cash games, Greenstein decided to start giving back and began donating all of his tournament winnings to charity groups like Children Incorporated. The gifts were substantial; in the 2008 WSOP alone, Greenstein banked a total of $768,461. His generosity would earn him the nickname “The Robin Hood of Poker.”

But even with three bracelets under his belt, Greenstein has always preferred cash games over tournaments. In fact, the 60-year-old grinder recalled making double what 2003 WSOP Main Event champ Moneymaker(pictured) earned for winning the prestigious event.

“During the World Series in the year when Moneymaker won, I made more than $5 million playing in cash games,” said Greenstein. “I remember laughing when people said [Moneymaker]was the biggest winner. He won $2.5 million and I said, ‘Well, I won twice that.’“

The Hand That Haunts Me: Vivian Saliba’s PLO Nightmare