Saturday’s Turbo Championship of Online Poker action saw the Brazilians take yet another title, giving them a one-title TCOOP lead over both the Netherlands and Sweden overall.

PokerStars Team Pro Kosei ‘shinbunshi’ Ichinose took home Saturday’s first TCOOP bracelet in the $215 buy-in HORSE event. Proving his skill in not just No Limit Hold‘em, but in a variety of games, the Japanese grinder rose to the top of a 374-player field, beating Canada’s ‘korjae’ heads-up for the title and a $13,673 score.

END_OF_DOCUMENT_TOKEN_TO_BE_REPLACED 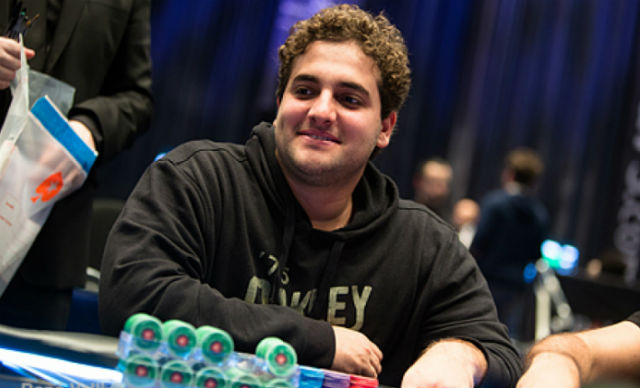 The Brazilians have shown themselves a force to be reckoned with in this year’s Turbo Championship of Online Poker, collecting several titles and making a host of final table appearances. On Friday, Joao ‘IneedMassari’ Simao gave his countrymen yet another reason to celebrate, snagging another victory along with a five-figure payday.

END_OF_DOCUMENT_TOKEN_TO_BE_REPLACED 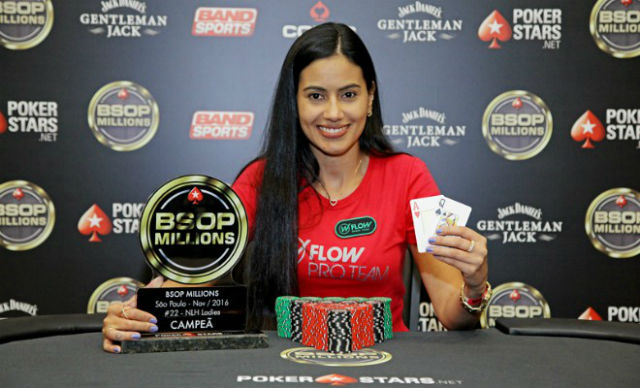 [CAPTION=98%]Marcella ‘MenininhaMah’ Camargo added a PokerStars Turbo Championship of Online Poker title to her growing collections of victories on Monday.[/CAPTION]

The Brazilians claimed another title on Day 6 of play at the PokerStars Turbo Championship of Online Poker, while players from the Netherlands, UK, Canada and Bulgaria celebrated victories of their own.

With an advertised guarantee of just $25,000, expectations were muted for the $82 buy-in, Pot Limit Five card Omaha Six Max event. But with 544 players making 387 re-entries, the prize pool swelled to nearly triple that amount. Netherlands’ ‘bokkie87’, who took third in a TCOOP PLO event in 2014, navigated the field expertly and found himself heads-up with Germany’s ‘hmduisburg’ for the title. After agreeing to a deal which set aside $1,396 extra for the winner, bokkie87 dispatched his opponent, pocketing $11,396 and becoming the first TCOOP champ of the day.

END_OF_DOCUMENT_TOKEN_TO_BE_REPLACED

Sunday’s action in the PokerStars Turbo Championship of Online Poker, eight players claimed championship titles, including Brazilian Geraldo Cesar ‘GeraldoCesar’ Neto, who pulled off his win after coming up just short of a win on Saturday.

In the early hours of Sunday morning, two players, Colombia’s Mayu ‘marroca5’ Roca and Finland’s ‘€urop€an’, came tantalizingly close to a TCOOP victory on Sunday. Both players made deep runs in the $215 No Limit Hold’em Turbo Heads Up tournament, but ultimately fell short, with Roca taking 11th and ‘€urop€an’ settling for fifth. Instead, it was ‘Dhr. Awesome’ of the Netherlands who bested his experienced opponents to take the title and a $21,648 prize.

END_OF_DOCUMENT_TOKEN_TO_BE_REPLACED 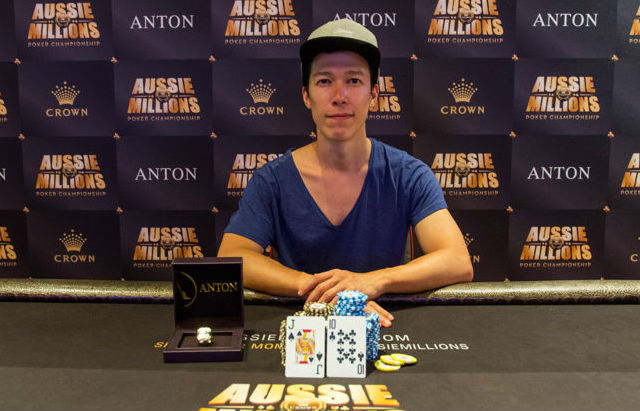 Thomas ‘WushuTM’ Muhlocker is having a pretty good week. Just four days ago the Austrian pro took down an Aussie Millions preliminary event for just over $30,000 US. On Saturday he grabbed a win on the virtual felt on Day 4 of the PokerStars Turbo Championship of Online Poker.

Saturday’s action began with a victory for Belgium’s ‘girafganger7’, who bested 749 opponents to take first in the $700 buy-in No Limit Hold‘em Zoom tournament. With the help of 239 reentries, the prize pool easily surpassed its $300,000 guarantee, ballooning to nearly half a million dollars. ‘girafganger’, who nearly snagged a TCOOP title last year, banked a healthy $83,049 score after making a heads-up deal with ‘pilsuhng’.

END_OF_DOCUMENT_TOKEN_TO_BE_REPLACED 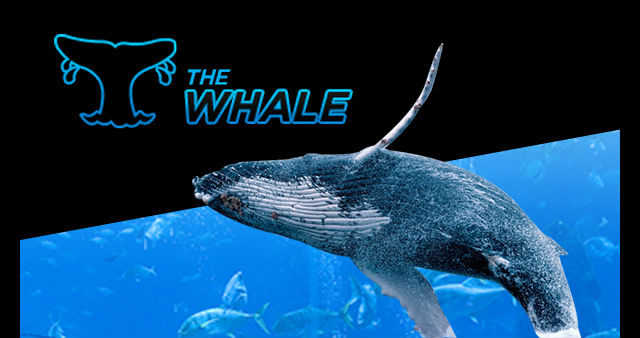 In their drive to bring recreational players to the table while adding value for seasoned pros, 888poker has announced that it will be running a Special Edition of its popular $100,000 guaranteed Baby Whale tournament this Sunday, bumping up the prize pool to an impressive $500,000.

The Special Event has been dubbed the Super Whale, and in addition to its inflated prize pool, will allow for re-entries.

END_OF_DOCUMENT_TOKEN_TO_BE_REPLACED 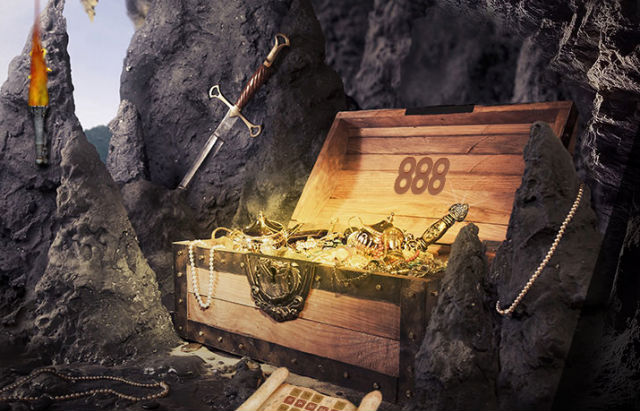 Just a few days into the New Year, 888 poker has already kicked off its promotional schedule for 2017. On Tuesday, the Gibraltar-based site announced a pirate-themed promo called Treasure Quest, in which players can win awards of up to $100,000 each.

The $1 million guaranteed Treasure Quest is a multi-day challenge, where players must complete portions of a map in exchange for unlocking treasure chests filled with either cash or tournament tickets. These challenges can include things like winning with specific hands, playing in tournaments, finishing in the money or playing in Blast fast-fold games.

END_OF_DOCUMENT_TOKEN_TO_BE_REPLACED 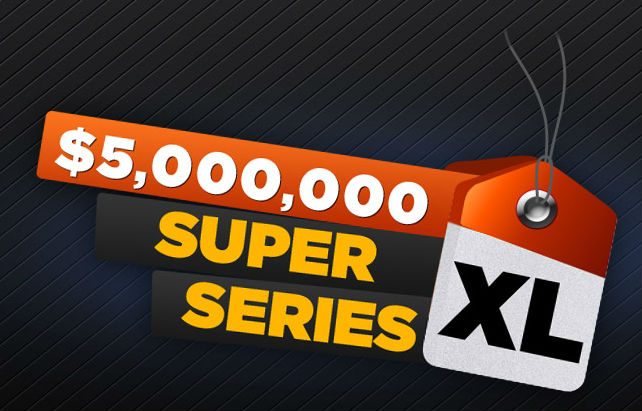 888poker is kicking off 2017 in grand fashion with the seventh edition of its popular Super XL Series, this time bumping up its guaranteed prize pool to $5 million, $1 million more than the previous edition of the event.

The action takes place from January 19-31 and features 63 events, including Main, Mini and Turbo versions of each tournament. The Series culminates with the $1,050 buy-in, $1.5 million guaranteed Main Event on Sunday, January 29.

END_OF_DOCUMENT_TOKEN_TO_BE_REPLACED 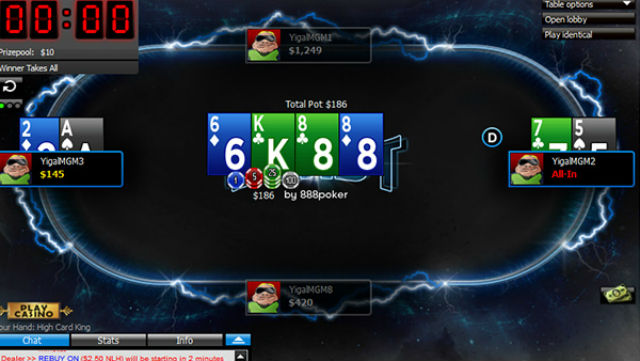 Earlier this year, 888 launched its own take on the popular jackpot Sit & Go format called BLAST Poker, a four-handed, super-turbo No Limit Hold’em SNG which offers potential prize pools of up to 10,000X the buy-in. For the holidays, however, the online gaming giant is sweetening the pot with a special promo that will more than triple the maximum possible jackpot amount.

For one week, starting on December 26, BLAST players will have the chance to trigger prize pools up to a massive $1 million, a steep increase from the previous max of $300,000.

END_OF_DOCUMENT_TOKEN_TO_BE_REPLACED

Two new products are coming to the tables at partypoker, following a pair of announcements from the online poker operator; Knockout tournaments and a new cash-game called Fast Five are now part of the platform.

While the format was once considered a novelty, Progressive Knockout tournaments, also known as progressive bounty tournaments, have become extremely popular in the poker community. In regular bounty tournaments, a portion of each player’s buy-in is reserved as their bounty, and displayed above their avatar during play. Whenever a player busts an opponent, they win both the pot and the bounty of their competitor. The format gives participants the chance to win money even if they fail to cash in the tournament.

Unlike regular Knockout tournaments, Progressive KOs award winners only a portion of a bounty, while adding the rest to that player’s own bounty. As more players are eliminated, the bounties grow increasingly higher, and can drastically increase the incentive to knock remaining players out of the tournament.

For example, in a partypoker Progressive KO with a $22 buy-in, $10 would go to the prize pool, while the remaining $10 would serve as the bounty. If a player busted an opponent, he would be credited half of the bounty ($5) immediately, while the other $5 would be added on to his own bounty. The winner’s bounty would therefore increase to $15 (his $10 starting bounty + the $5 progressive bounty).

The player who eventually wins the event will not only pocket the second place finisher’s bounty, but will keep his own as well. The accumulated bounties of the entire tournament can result in a substantial win for a player, without even considering the tournament payout schedule.

Also announced was the addition of a new cash game format called Fast Five. The adrenaline-fueled Fast Five is essentially a six max cash game in which players start with just five big blinds. The game is played using the same rules as a regular cash game and is custom-made to force action at the tables. The low buy-in requirement also allows players with small bankrolls to join in the fun.

888 launched a game with a similar format in 2011 called Push/Fold. The innovation is in line with other trends in the poker industry, which seek to engage recreational players who prefer fast action to waiting long periods to receive playable hands.

“Today we launch two new products on partypoker that will suit both tournament and cash game players,” said Group Head of partypoker Tom Waters. “Progressive Knockout tournaments are a popular format in the poker community so it was important to respond to feedback and offer these on partypoker. Fast Five is a fun, fast-paced cash game, suitable for players with only a short amount of time but wanting action quickly.”