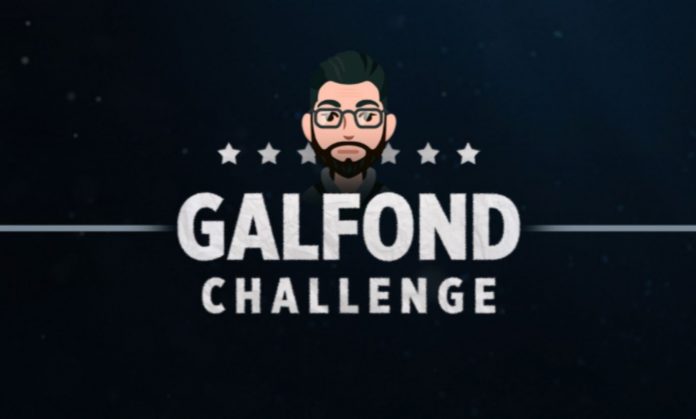 On Monday, Phil Galfond and ‘ActionFreak‘ squared off for their fifth session of the ‘Galfond Challenge‘ between them. Galfond finished down €95,304.17 on the session.

Reason that the exact figures aren’t known for this session is that Galfond and ‘ActionFreak’ played Monday’s session on partypoker instead of on Run It Once Poker because ‘ActionFreak’ was said to have a tough time moving money around.

Because the match was played on partypoker, the two played with what is assumed their real names to be showing. That lets us know who ‘ActionFreak’ is, as his name was showing as ‘I. Kontonatsios.’ His Twitter profile, @crackLiNg1, says that he is from Greece, so putting those two things together gives us Ioannis Kontonatsios as the identity of ‘ActionFreak.’

The biggest pot of Monday was one that eclipsed €120,000 and went Galfond’s way after he found a very favorable river card.

and was in some trouble against the

of ‘ActionFreak.’ The river was the

and was up against the

of ‘ActionFreak.’ The turn was the

. Holding trip kings with an ace kicker, ‘ActionFreak’ pulled in the pot.

‘ActionFreak’ also won a pot worth €97,182, thanks to flopping an eight-high straight.

and ‘ActionFreak’ won the pot with the

What’s Next for the Galfond Challenge?

Galfond and ‘ActionFreak’ will be back action on Tuesday, May 5. It is yet to be known if they’ll return to play on Run It Once Poker or if they’ll stick to playing on partypoker.