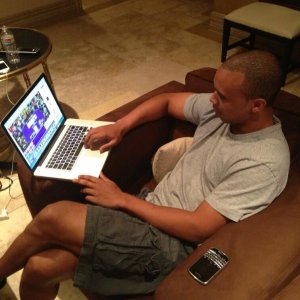 Poker legend Phil Ivey (pictured) took one of the most expensive beats of his career on Wednesday when a London judge dismissed his $12.5 million suit against Crockfords Casino, ruling that the 38-year-old’s actions had constituted cheating.

“Crockfords is pleased with the judgment of the High Court today, supporting its defense of the claim by Ivey,” said a spokesman for the Genting-owned casino. “We attach the greatest importance to our exemplary reputation for fair, honest, and professional conduct, and today’s ruling vindicates the steps we have taken in this manner.”

Ivey also gave his response through a spokesman: “I’m obviously disappointed with this judge’s decision. As I said in court, it is not my nature to cheat and I would never do anything to risk my reputation. I am pleased that the judge acknowledged in court that I was a truthful witness.”

But as the judge said in his ruling, it didn’t matter whether Ivey believed that using edge-sorting as a winning strategy was cheating or not. “The fact that Mr. Ivey was generally convinced that he did not cheat and that the practice commanded considerable support from others was not determinative of the question of whether it amounted to cheating,” he said.

In 2012, Ivey, along with well-known “advantage player” Cheng Yin Sun, arranged to play high-stakes Punto Banco at the London casino. As part of the deal, the pair requested that Crockfords supply a specific shuffling machine, a purple deck of Gemaco playing cards, and a Mandarin-speaking Asian dealer.

The casino agreed and Ivey went on to score the eight-figure win after just two sessions. After an investigation though, Crockfords cried foul, refunded his £1 million deposit, and refused to pay the rest.

“What Mr. Ivey and Miss Sun did was to persuade the croupier to turn some of the cards in the dealing shoe to permit them to know that they were or were very likely to be sevens, eights, or nines,” the judge said. 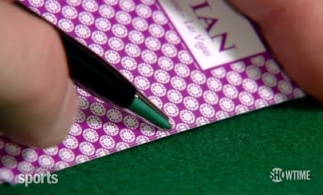 He reasoned that Ivey was not simply taking advantage of an error made by the dealer or an anomaly practiced by the casino which he had no part in bringing about. “He was doing it in circumstances where he knew that she and her superiors did not know the consequences of what she had done at his instigation.”

In conclusion, he stated, “This is, in my view, cheating for the purpose of civil law.” The case was then dismissed with costs, with the judge stating it was “immaterial that the casino could have protected itself” simply by using correctly cut playing cards.

Ivey’s battle with Crockfords is the first of two lawsuits brought on by his use of edge-sorting to win millions at the tables. During the same year, the poker pro played several sessions of mini baccarat at Borgata, winning and cashing out $9.6 million. Once the Atlantic City casino caught wind of Crockfords’ investigation, they claimed Ivey had “cheated” them as well and sued to get their money back.

Wednesday’s ruling will certainly buoy Borgata executives, but it is unclear whether the decision will have any effect on settlement talks between the casino and the poker pro. For now, Ivey will have to write off the Crockfords decision as a bad beat. The judge refused his request to appeal the verdict, although he may apply to the Court of Appeal directly.

A judge ruled against poker pro Phil Ivey in a case involving edge-sorting at Crockfords Casino in London. Ivey faces a lawsuit from Borgata.