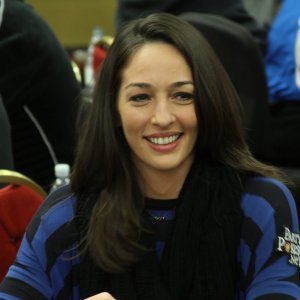 Well-known poker media presenter and player Kara Scott (pictured) has announced that she will part ways with sponsor PartyPoker at the end of the year.

On her blog at CardRunners, the 37-year-old Alberta native explained her reasoning behind the decision: “PartyPoker has gone through many changes and unfortunately as their focus shifted, there were fewer and fewer TV projects,” she said. “As those shows disappeared, so did one of my favorite parts of the job and now my association with Party is ending.”

Before being brought on as a PartyPoker ambassador in 2010, she had already racked up several years of experience working in the UK media. After landing a gig as the presenter of a martial arts show, Scott found her niche in the gambling industry.

In 2005, she hosted the World Backgammon Championships and went on to present the World Series of Backgammon in 2006. It was around that time that she made the jump to poker, hosting a variety of shows and events including “Poker Night Live,” the European Poker Tour, and GSN’s “High Stakes Poker.” She might be most well-known, though, for her role as a sideline reporter on ESPN’s World Series of Poker Main Event coverage.

In her blog post, the 37-year-old looked back fondly on her time as ambassador for the brand. “The last five years with Party were a real learning experience for me,” she said. “I made incredible memories and will always be glad for the time I spent there.”

While she will no longer be “wearing an orange patch,” she assured fans that she isn’t leaving poker and plans to appear in future television projects. “You’ll still be seeing me as a sideline reporter on your TVs or sitting with a chip stack of my own in tournaments around the world,” she wrote. 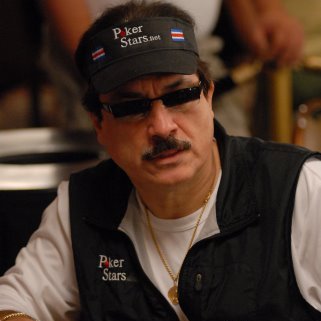 A solid poker player in her own right, Scott has made a name for herself at the tables, boasting more than $630,000 in live cashes according to the Global Poker Index. Her biggest win came in the 2009 Irish Open, when she took €312,600 for her second place finish. In 2008, she finished 104th in the WSOP Main Event and was the only woman to cash in both the 2008 and 2009 Main Events.

Scott’s announcement comes at the end of a year that saw a host of poker players quietly dropped by their sponsors or decide to leave voluntarily. In August, three well-known Latin American pros lost marketing deals at PokerStars, including two-time bracelet winner Humberto Brenes (pictured). The next month, Joe Cada and Marcel Luske got the axe, followed by high-stakes legends Gus Hansen and Viktor Blom losing their deals with Full Tilt Poker.

Last month, columnist and poker presenter Vicky Coren announced that she would split from PokerStars due to the company’s decision to offer casino style games. “I cannot professionally and publicly endorse it, even passably by silence with my name still over the shop,” she said at the time. “Poker is the game I love, poker is what I signed up to promote.”

In a similar fashion, Scott ended her own post by reaffirming her love of the game and revealed her excitement to pursue new projects. “It’s been way too long since I jumped into the unknown and I’m both relieved and exhilarated to be doing it again,” she said. “I always do my best dancing when I’m not exactly sure where to put my feet.”