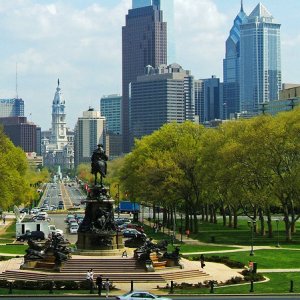 A vote by Pennsylvanialawmakers on iGaming legislation scheduled for Wednesday was postponed due to new developments in the ongoing daily fantasy sports controversy. The House Gaming Oversight Committee (HGOC) was set to meet on Wednesday to discuss Senator Kim Ward‘s online gambling bill, SB 900. That legislation aims to legalize online poker and casino games while charging a $10 million licensing fee along with a 54% tax on gross revenue.

Several iGaming bills have been floated in the Pennsylvania General Assembly this year, none of which has succeeded in gaining much traction. But with the state running a nearly $2 billion budget deficit, online gambling has been proposed as a means to produce new revenue.

The state’s budget package was supposed to be in place in July, but Pennsylvania’s Democratic Governor Tom Wolf has not been able to come to a solution with the Republican-controlled Congress on how to raise the cash necessary to shore up the deficit. Wolf has proposed raising taxes on Pennsylvania residents, an idea that GOP leaders have rejected.

That’s were online gambling comes in. Some believe that by legalizing the industry, the Commonwealth can reduce its deficit while avoiding a tax hike. One study estimates that the Pennsylvania online poker market could be worth as much as $129 million annually, with casino games raking in $178 million annually. In comparison, the state’s brick-and-mortar casino industry is worth about $3 billion a year. 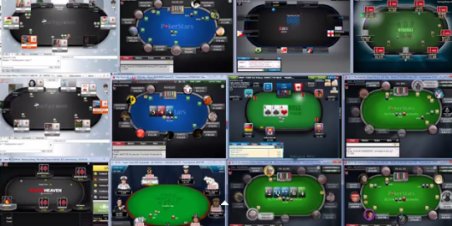 Representative John Payne is the chairman of the HGOC and has introduced his own online gambling bill, HB 649, which would legalize iGaming while imposing a tax rate of 14% of gross revenue. In an interview with CardPlayer, Payne said that he didn’t care “whose name is on the bill” as long as iGaming legislation passes.

Payne believes, however, that online poker legislation will not be approved as a standalone bill, but rather as part of more expansive legislation.

Also in play is a bill floated by Representative George Dunbar that would regulate daily fantasy sports operators like FanDueland DraftKings in the state. Dunbar introduced his daily fantasy sports bill earlier this year, which would have allowed live DFS contests at state casinos. The new bill contains an amendment that allows DFS operators to partner with one of the state’s 12 casinos. The amendment was what led legislators to postpone their vote on Wednesday.

The recent movement on iGaming legislation has prompted the Sheldon Adelson-backed Coalition to Stop Internet Gaming to accelerate its campaign against the industry. The organization routinely releases over-the-top videos claiming that iGaming will turn children and the elderly into gambling addicts. In its most recent spot, the group claims that Payne is “working hard to legalize predatory online gambling.”

It adds that iGaming operators use “Disney-looking cartoons” to seduce kids into playing and confuse senior citizens with the promise of large jackpots.

Adelson is making good on his promise to “spend whatever it takes” on his fight against online gambling, forking over $176,000 to air the recent ad on Pennsylvania TV.

For his part, Wolf has been lukewarm on legalizing iGaming. But confronted with the budget impasse, he has said that he would be open to the idea of an online gambling bill as a means to generate additional revenue for the state.