On Thursday, Amaya Gaming made the stunning announcement that it would acquire PokerStars, Full Tilt Poker, and parent company Rational Group in a $4.9 billion deal. With the exception of a few rumors, the agreement came virtually out of the blue, and many found it hard to believe that the Canadian firm would be able to put up enough cash for such a large transaction. But now that the deal has been announced, poker players in the US have turned to the forums in force, expressing their thoughts on the ramifications of the massive sale.

Upon hearing the news, many players were excited for the implications of the acquisition. According to one PocketFives poster, the buzz was palpable in New Jersey. “This is all they were talking about at my table yesterday in Borgata. Excited is an understatement,” he said.

John Pappas, Executive Director of the Poker Players Alliance, released a similarly enthusiastic statement, saying, “Amaya’s acquisition should remove any perceived impediment for this popular brand to once again be available to players in regulated US jurisdictions.”

As part of the deal, Isai Scheinberg and CEO Mark Scheinbergwill cut ties completely with PokerStars, clearing up a major sticking point that US regulators had with the company. “This purchase is some of the best news for online poker players in a long time, imo,” said PokerXanadu on TwoPlusTwo. “The market leader now has a much clearer path to entry in the US market and will be a strong force toward authorizing legislation and cross-jurisdictional pooling.”

But some players were skeptical that site would continue down the same path without its founders. “The Scheinbergs made PokerStars – if they’re out, then it doesn’t necessarily mean that PokerStars will remain the same company that we all like and respect,” said poster Sciolist. 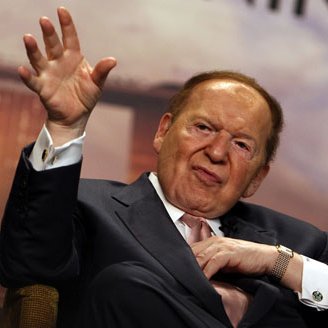 Others saw the sale as a big blow to the online gaming opposition in the US. In a response to a comment regarding Sheldon Adelson‘s (pictured) crusade against the industry, poster Willyoman highlighted some of Amaya’s big-name backers, including Deutsche Bank, Barclays, and Blackstone. “I feel pretty good (huge understatement) about seeing some of the world’s most respected and well capitalized financial firms placing fairly large bets on online poker,” he said. “I think this is the best news since Black Friday.”

A Twitter comment by Justin ZeeJustinBonomo brought to light the fact that PokerStars’ sale to Amaya is not a slam-dunk for the popular brand’s reentry into the US. Asking his followers to “speculate wildly” on what the sale could mean, industry analyst Chris Grove chimed in, saying, “Very little.”

Expanding on his answer, Grove brought up the fact that much of the legislation proposed in states considering legalizing iGaming includes “bad actor” language. “In NJ, maybe. Other states are looking at much broader approach to bad actor that sale won’t solve,” he said. “For example, CA bill as proposed would prohibit Stars software / brand / db no matter who owns it.”

Amaya CEO David Baazov stated that the deal has reportedly been in the works for close to a year. The transaction is expected to close in September of this year and will give Amaya control of not only the two poker brands, but also popular events like the European Poker Tour, PokerStars Caribbean Adventure, and Latin American Poker Tour.