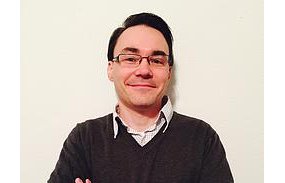 Although certain forms of coaching have gained popularity in recent years, coaching has really been around as long as humans have been educating one another. The word “coach” actually comes from the 1830s slang word for “tutor.” Just like the old stage coaches carried passengers to their destinations, a tutor carried students towards understanding.

Coaching originally applied to all fields of study, especially ones where pupils were expected to pass exams. In the field of sports, tutors have trained athletes for as long as sports have existed. Eventually, the word “coach” became synonymous with athletic tutors as it fell out of favor with other disciplines.

For most of the 19th and 20th centuries, coaches were primarily sports coaches. However, as humanist and industrial psychology developed, coaching grew yet again into a diverse, multidisciplinary practice that now covers everything from relationship difficulties to professional poker.

There have been many different disciplines of psychology over the years, usually with each new one supplanting the previous system. For most of history, psychology has been focused on mental illness and personal problem-solving. However, in the 1960s, there was a new movement called humanistic psychology that opened the door to new possibilities. Humanists brought special attention to the idea of positive human potential.

Sports coaches have focused on positive performance and maximizing the potential of their athletes from the beginning. Furthermore, sports coaches tended toward specialization and focused training.

In golf, for example, a coach might specialize in perfecting students’ swings. By specializing, a coach can imbue the maximum effective dose to whomever is being coached. Over time, sports coaches have further divided themselves into strategy coaches and mental coaches. While a golfer might have a swing coach, he might also have another coach who specializes in keeping the athlete in the right head-space.

Before the 1950s, experts believed a human being could not run a four-minute mile. It was assumed that a runner who ran a mile in under four minutes would likely die from overexertion. Then, in 1954, Roger Bannister ran a mile in 3:59.4. Two months later, that record was broken by two more runners. Less than ten years later, a high school runner broke the four-minute mile. Today, Bannister’s record has been beaten by more than 17 seconds.

Consider this: the modern day Olympics have been held since 1896. From the Games’ inception, one belief about human ability held runners back… until two men didn’t believe it. Who was the other man? Roger Bannister had a great coach named Franz Stampfl.

After coaching entered the business world, people discovered they could further expand the same principles to their everyday lives, including their relationships, long-term planning, personal development, and other areas that were previously addressed only by psychologists or not addressed at all.

In the 1970s and 1980s, life coaching came into public use. In the late 1990s, humanism and coaching philosophy officially intertwined in the development of positive psychology, a scientific approach to understanding human happiness using empirical data. Positive psychology has further improved and expanded coaching, allowing coaches to better serve clients who are already at the tops of their fields or leading successful and happy lives.

John Wood is the on-staff mental coach at Alex Fitzgerald’s Pokerheadrush.com. For a discount on his mental coaching services, please visit this link.